As far back as I can remember I have always loved plants and flowers. Growing up I was always out in the yard helping with the gardening, trying to grow new plants and eventually took over the family vegetable garden. In high school I worked part time at a greenhouse and a garden center, both of which had floral departments. And I loved it. (Success leaves clues!)

But when it was time to decide what to do with my life I went with my other love, the theatre. I loved to dance, sing and perform and was heavily involved in the theatre department and in all the shows.

When I was a sophomore in high school I saw the national tour of A Chorus Line. I didn’t really know anything about the show but as I sat on the edge of my seat watching the show from the last row of the second balcony of the Shubert Theatre in Chicago, I almost stood up exclaimed out loud “That is what I want to do!”

For some reason it never really occurred to me that you, or in this case I, could dance and sing for a living! But it wasn’t until I got to college that I realized that if I really wanted to do this, I’d have to do it now or regret it. This was the first time I really listened to my heart. 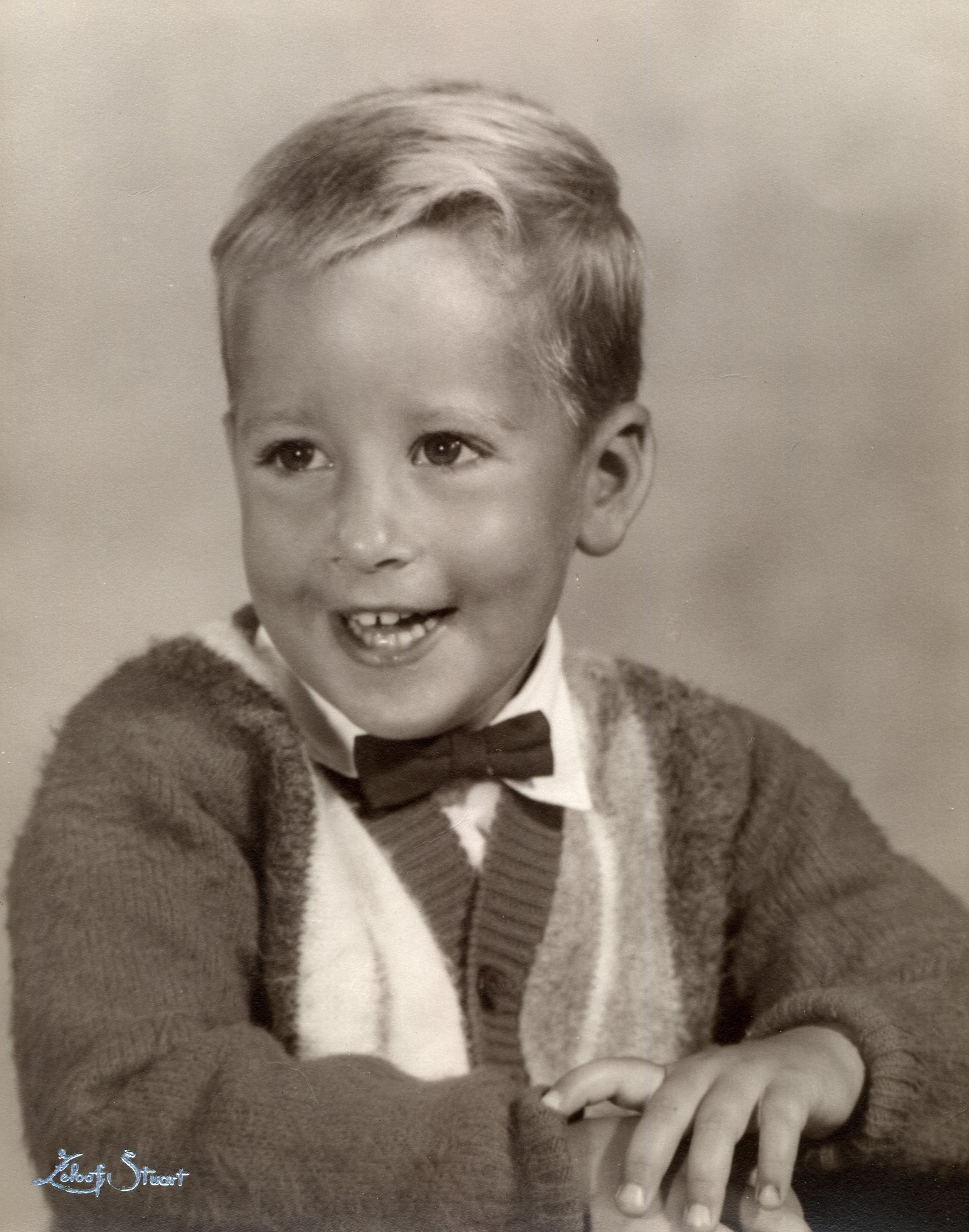 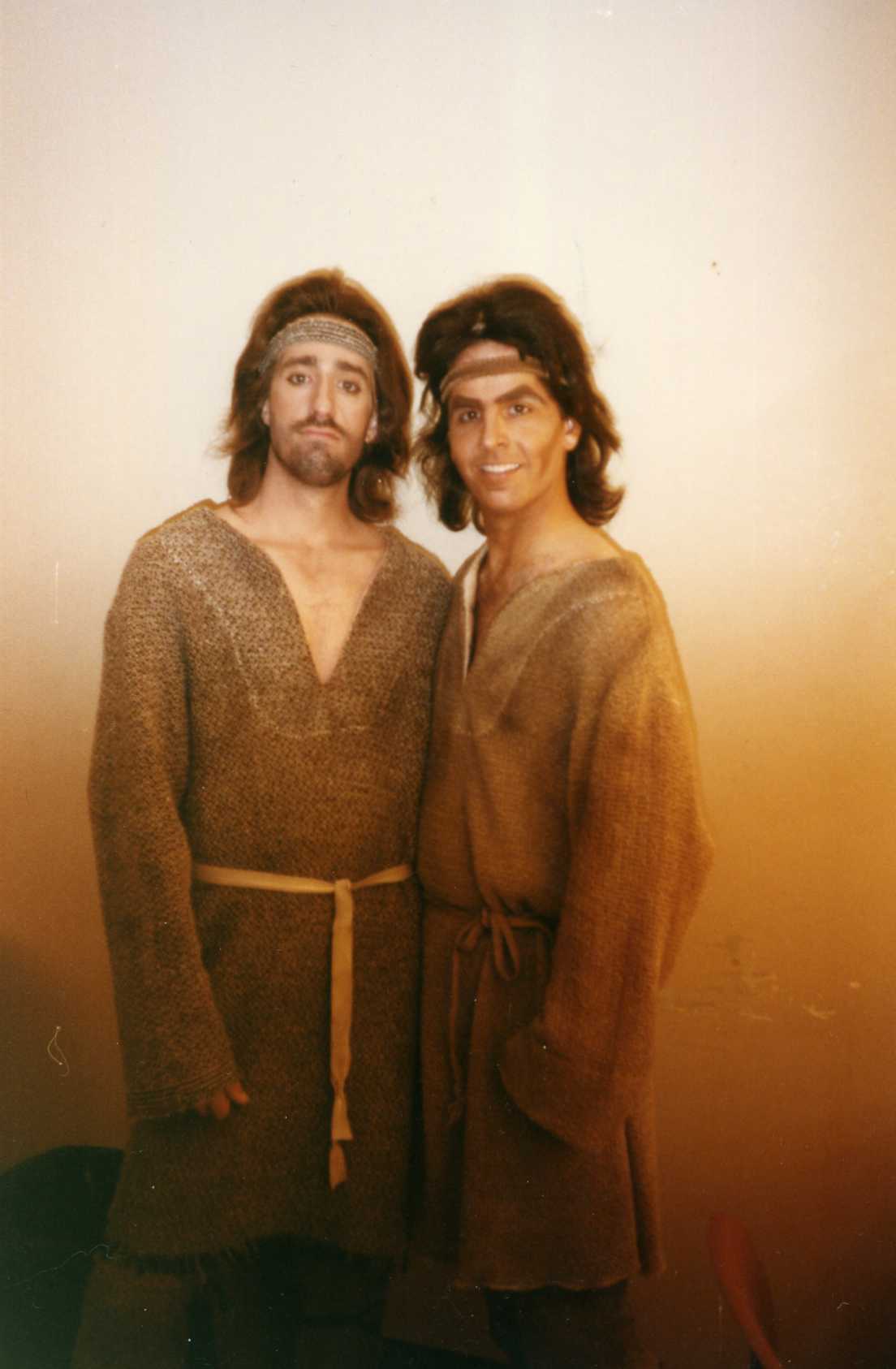 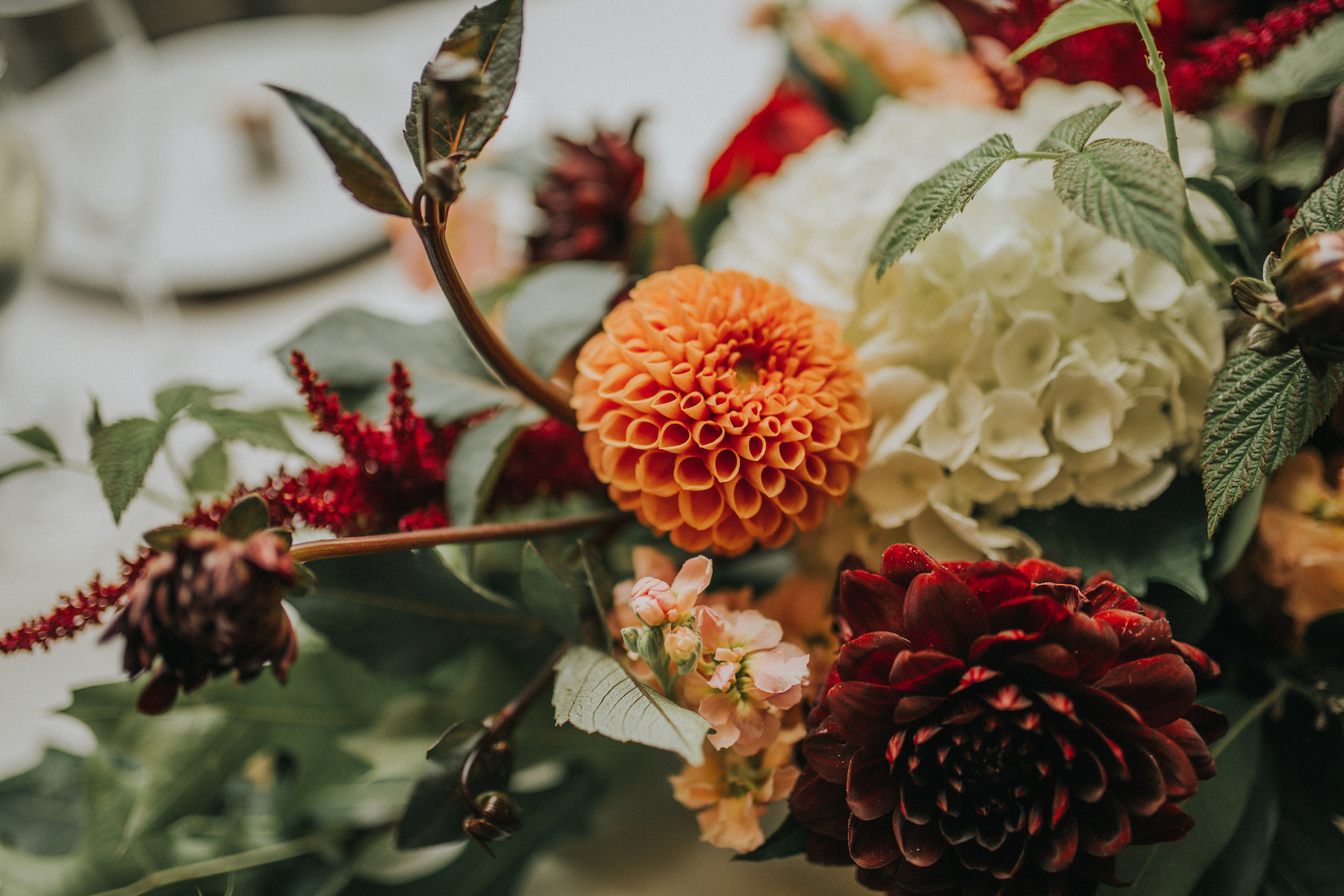 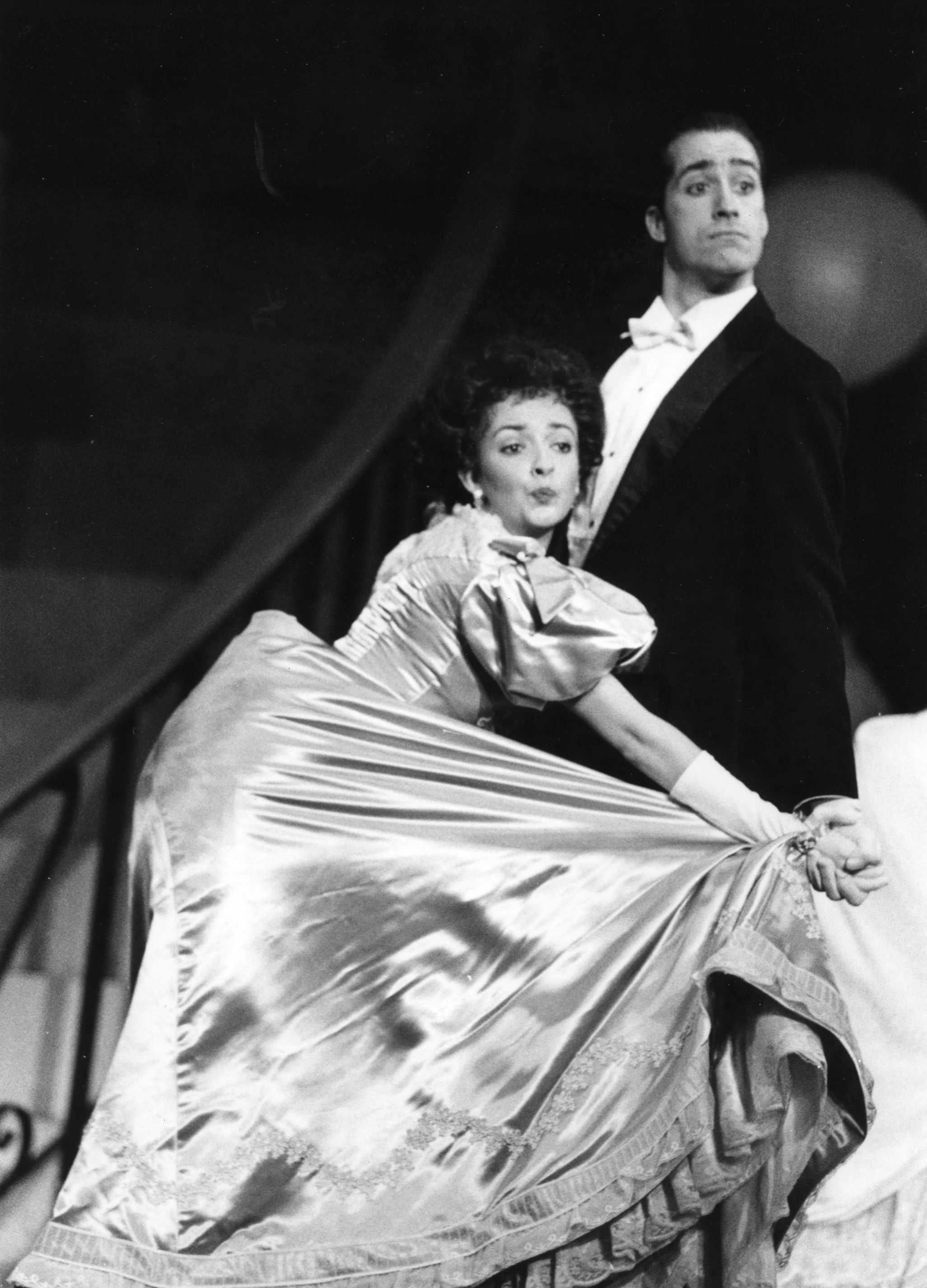 So, I took a leap of faith, changed majors, changed schools to pursue my dreams. I had had no encouragement from anyone to pursue a career in the theatre and most people thought I was crazy, especially my parents.
‍
After college I spent 20 years in NYC working and touring in Broadway shows, regional theatre, summer stock and more and loving it. When I was 38, a few days before joining the national tour of Disney’s Beauty and the Beast, I was diagnosed with a benign brain tumor. 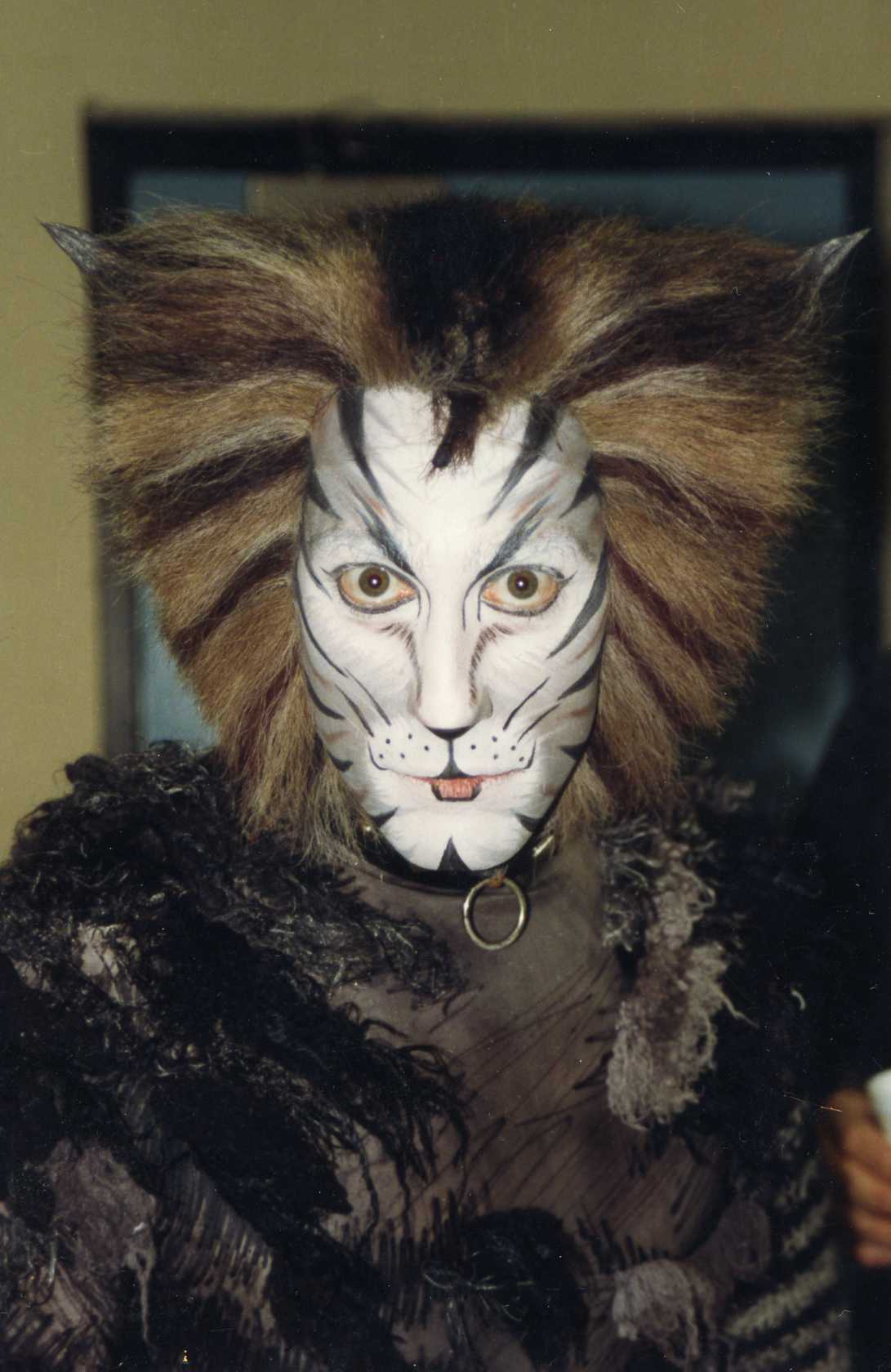 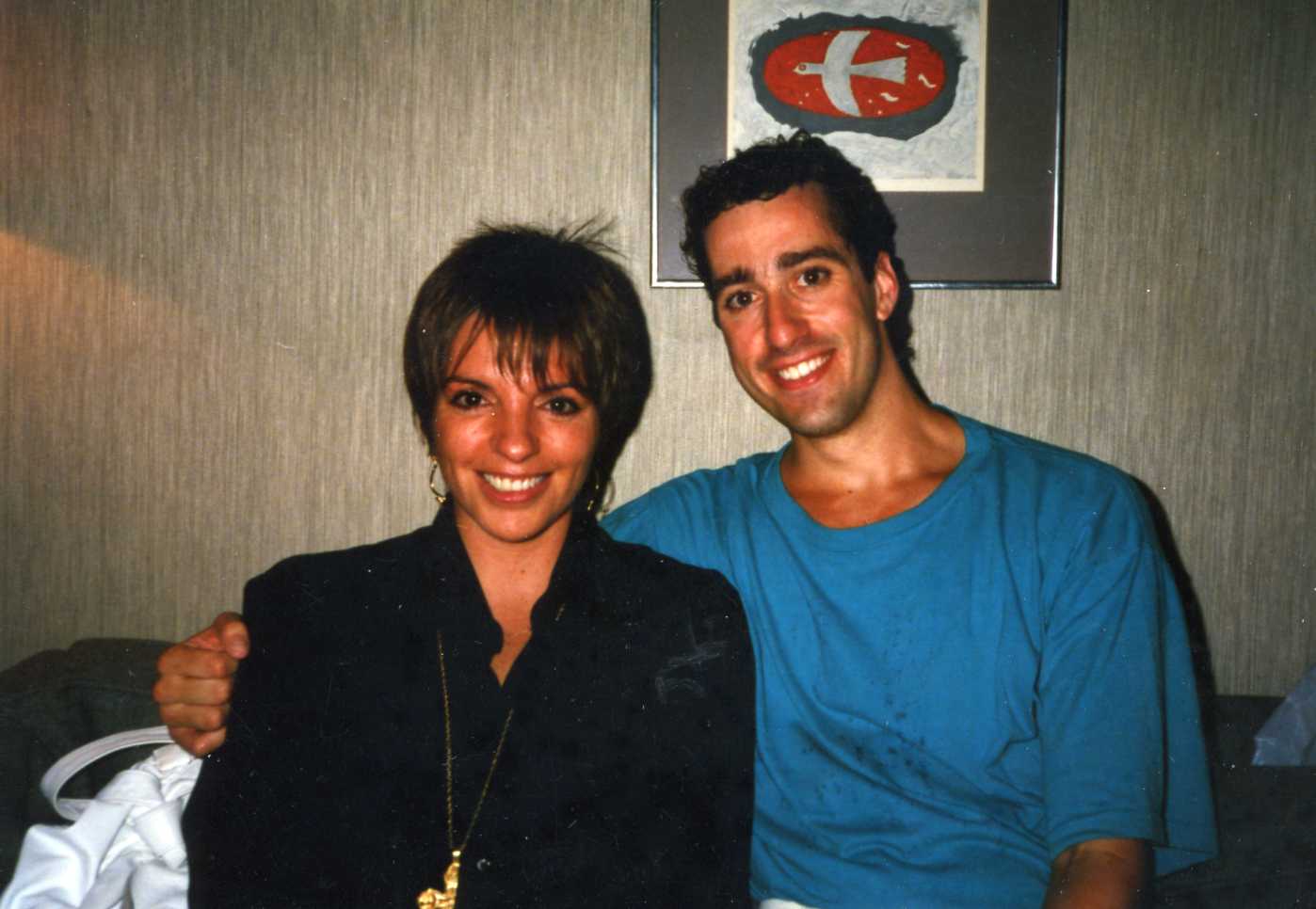 Fortunately, I was able to rejoin the tour after my medical leave. But once the show closed and I was back in NY, I was not able to get work. I tried for about two years and finally came to the realization that it was time to move on.

Before the tumor, I knew that it was time for me to start considering what new path to choose. There comes a time in every dancer’s career when you have to make the choice of what your next move will be. You can't dance forever but I was not ready to give up showbiz just yet, I felt I had several more years left in me. But life decided otherwise.

The gift in the challenge...

happened during the first few months after my diagnosis and it was essentially an epiphany.

I was trying all types of alternative healing methods to hopefully avoid surgery and it was during one of these as I was drifting off into a very relaxed state that I heard this loud voice intuitively say, “My life needs to be surrounded by a garden.”

‍It was such a profound experience. This voice was so loud and clear in my head that I knew this was something that I needed to pay attention to.

My initial thought was that it meant that I needed a place to live where I can plant a garden. But now, almost 20 years later, it finally dawned on me that it is my career, my life’s work that is ‘the garden’! Today, my life is truly surrounded by a garden of beautiful flowers and plants and I had been creating this all along and never consciously realized it. (Remember success left clues in childhood?) 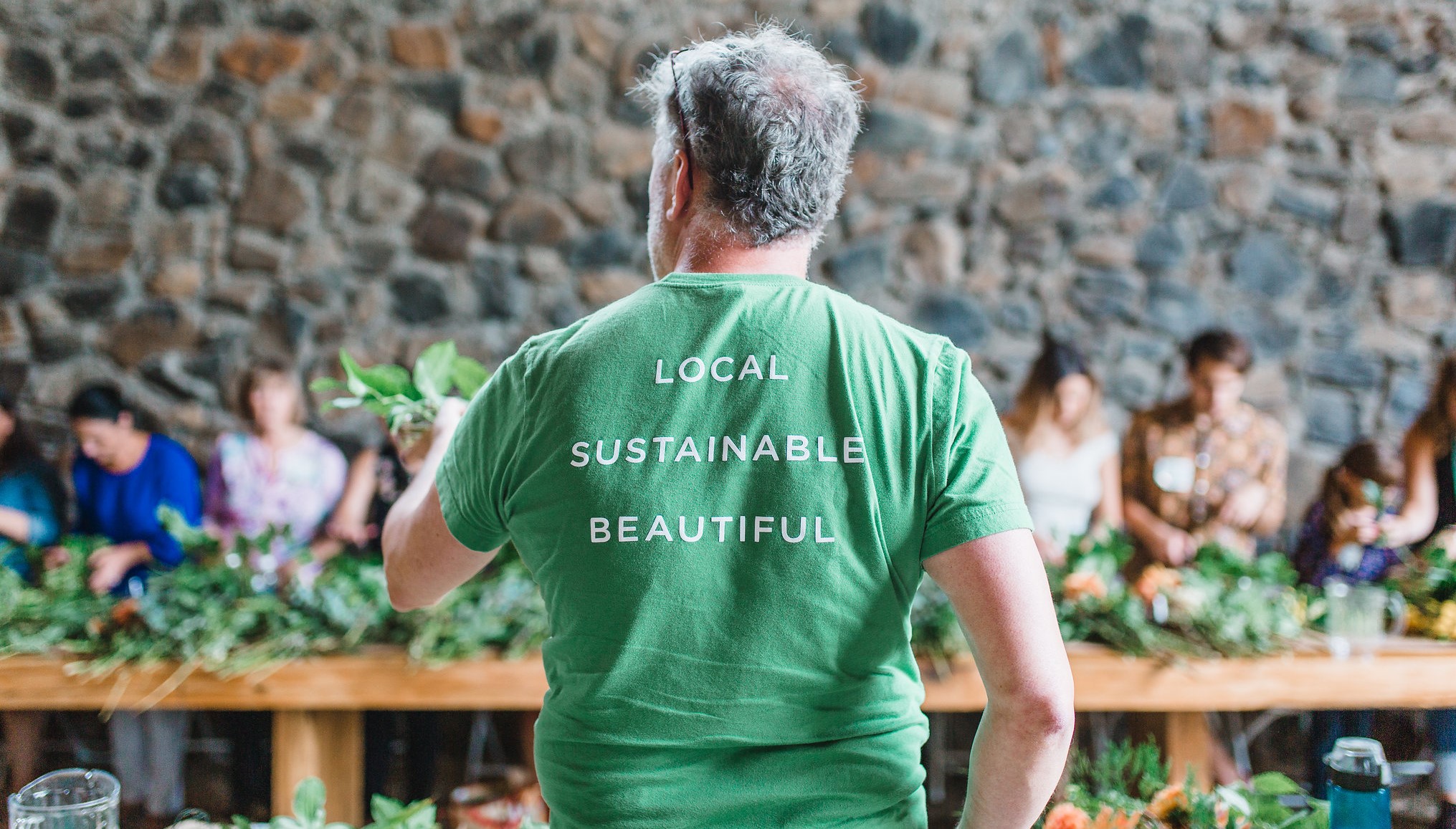 It took several years for me to listen to my heart once again.

In 2008, I decided to move to Portland and open an earth-friendly, organic home & garden store, but then a month after arriving in Portland, the economy crashed and so did my plan for the business. So I decided to focus on the floral aspect of the business and hopefully get a job in a florist shop until I could get the store up and running. But deep down I knew I really didn’t want to work for someone else so I took another leap of faith, followed my heart and started my own floral design business.

Once again, many people thought I was crazy to start a business in the midst of an economic depression. It slowly grew, not without struggle, but the path seemed open and welcoming and has lead me to where I am today.

As I navigated my life, I have always been loyal to following my heart, no matter what others may say. Bringing nature, beauty and aesthetics to my life and others lights me up as it allows me to offer my own form of healing.

The beauty of flowers, home décor, and gardens will never go out of style, nor will we tire of it as a human race. We need it. Beauty is all around us. Sometimes it is easy to see, other times we need to look within to find it. Seek beauty, seek joy and always follow your heart. Now that’s enhancing your life! 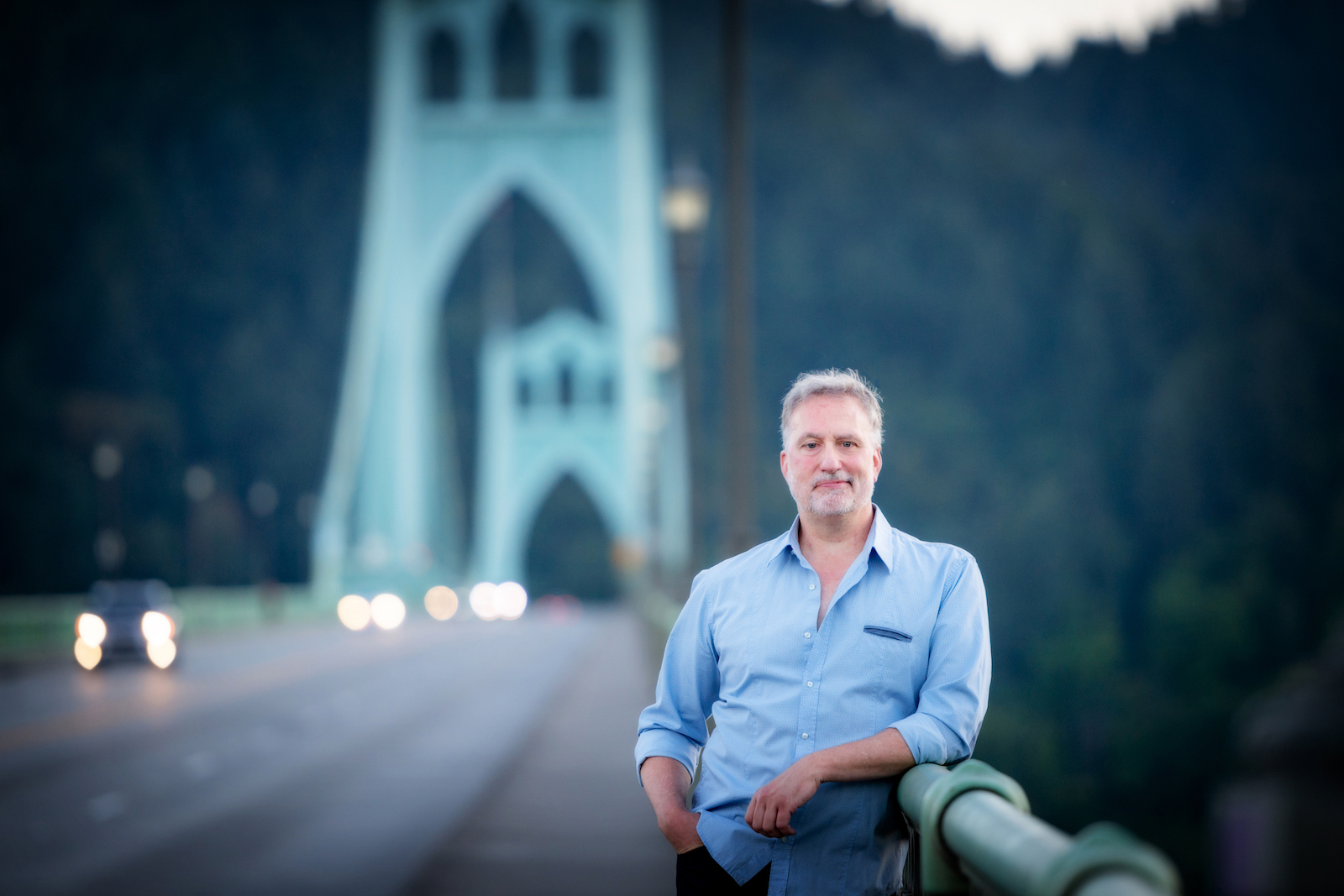 I have had a love affair with plants and flowers since I was kid and have worked in many different areas of the floral/nursery industry including florist shops, a catering & event company,  greenhouse, garden center, as well designing gardens for private clients before venturing out on my own with Botanica.

Prior to living in Portland, I spent 21 years in New York City as a professional dancer/singer, performing on Broadway and on tour in Disney's Beauty and the Beast, the original cast of A Christmas Carol - The Musical, Man of La Mancha, Anything Goes and CATS, to name a few... I have had the pleasure to work with Lorna Luft, Hal Linden, Roddy McDowell, Mitzi Gaynor, Robert Goulet, Sheena Easton, Ben Vereen, and Liza Minnelli. I’ve also worked as a choreographer and as a producer, creating ActorCrafts, an annual art and craft fair featuring the work of New York’s theatre professionals. Additionally, I acted as Associate Producer on the Off-Broadway musical, Fanny Hill.

The boss (or so he thinks)

Beasley was a huge part of Botanica since its inception and held several positions over the years including official greeter, head of security, flower inspector, crew manager and, of course, social media cutie pie!
He will forever live in our hearts. 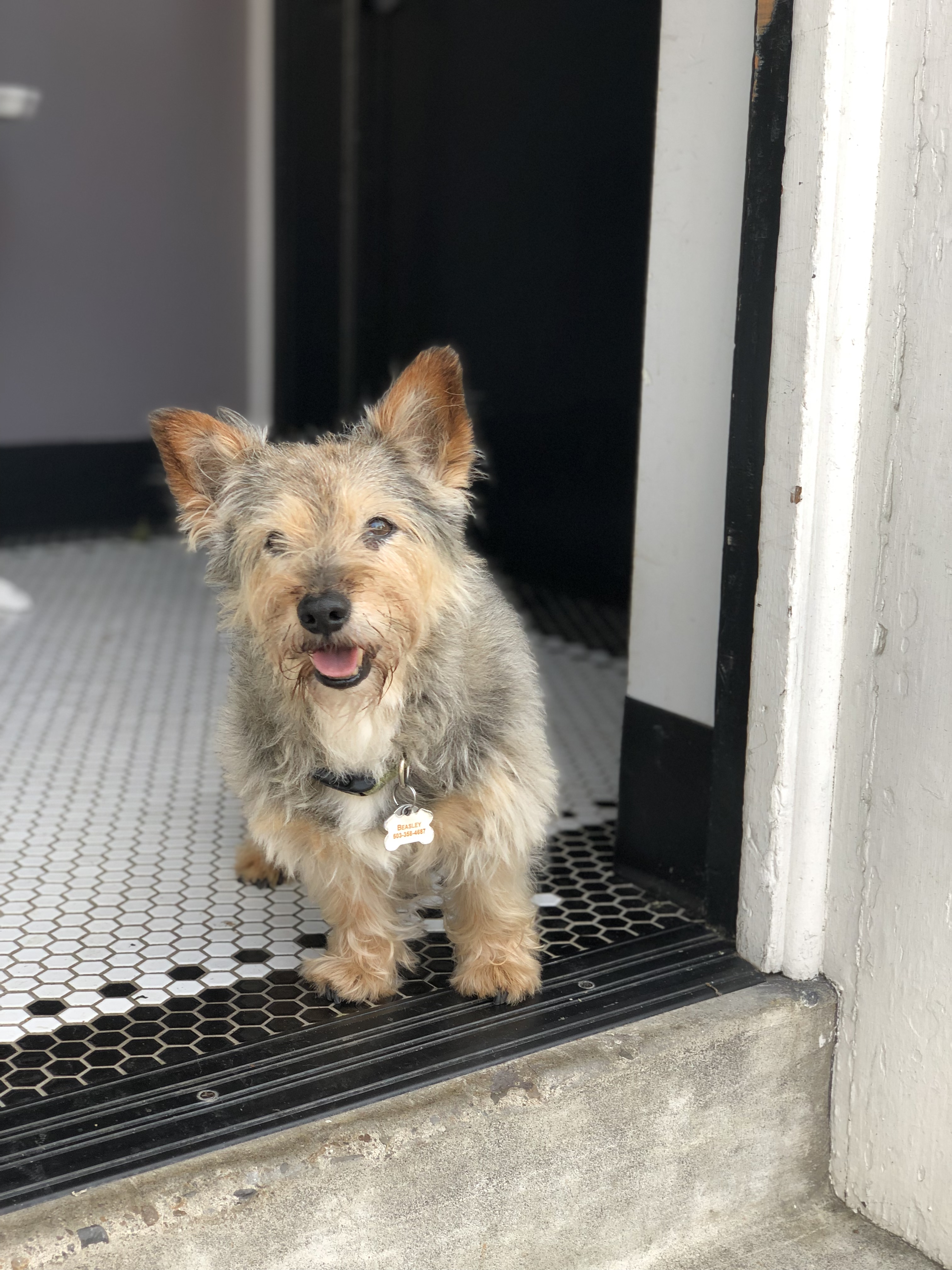 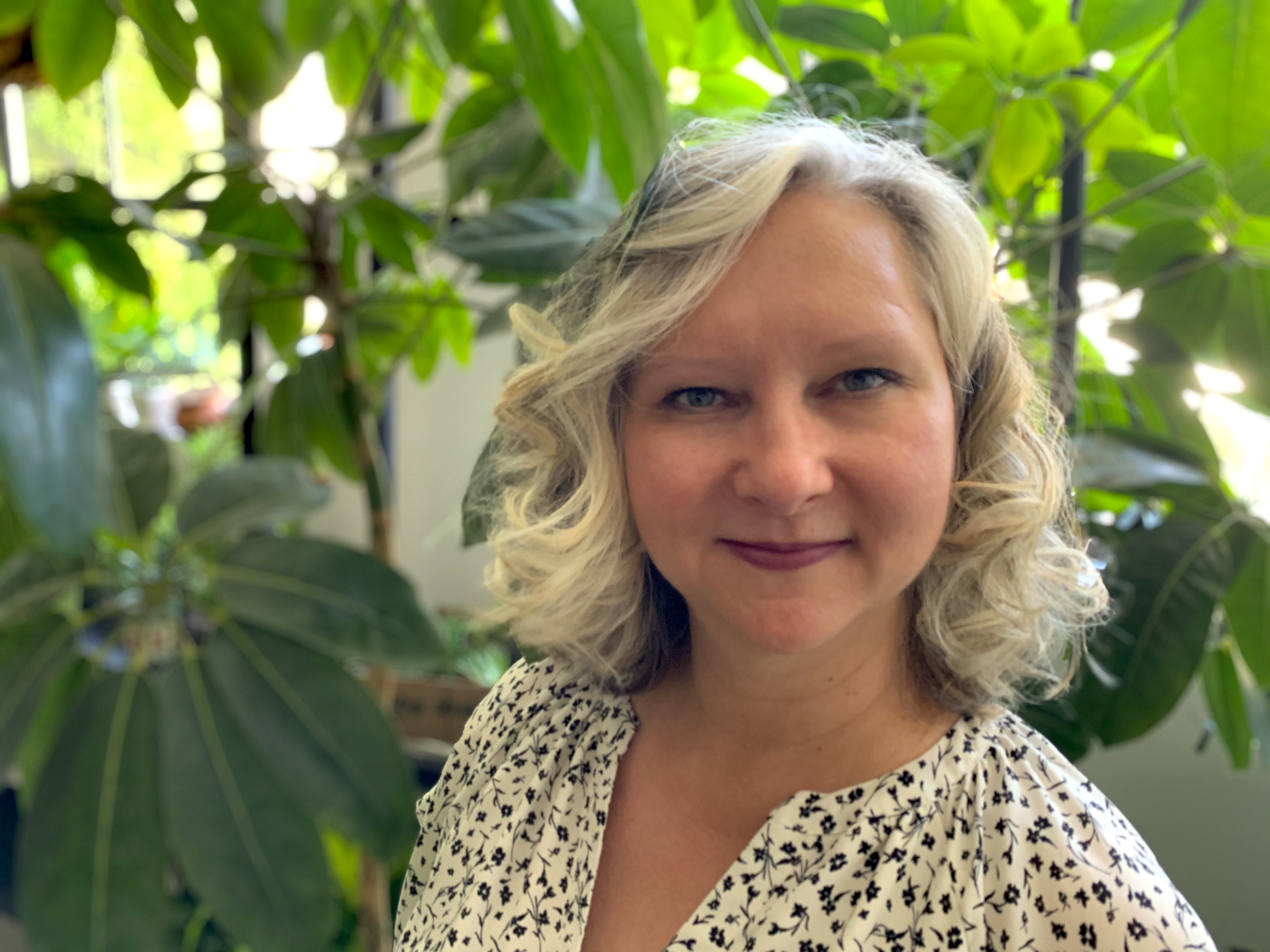 Terri comes from a family of Floral Designers and Master Gardeners. She has been designing since she was a kid back in her hometown of Jamestown, NY where she started her first wedding business while in high school. In addition to becoming a freelance designer when she arrived in Portland in 1991. Terri also added wedding coordinator to her endless repertoire of attributes in 2007 and has continued coordinating to this day. Always looking for a challenge, she joined Palisades Marketplace in 2011 and launched Palisades Garden and Gifts.  After 9 years as the retail floral and gift manager at Palisades Market in Lake Oswego, Terri joined us here where she belongs at Botanica. With her vast experience of floral, wedding coordination, gardening and gifts, she is truly a gem in the industry. Stop in and meet her! She’ll make you feel right at home!

We are thrilled to have Mary join us here at Botanica! Mary has been a floral designer for the past 25 years working in various shops and studios in the Bay Area and Portland. After moving to here in 2011, she became the floral manager for Zupan’s Markets in Lake Oswego, where she grew the department since its opening 9 years ago.
‍
Mary grew up in Connecticut and starting drawing and painting at a very young age. Thanks to the influence of her father, a graphic designer and artist of many mediums, she attended school for art and visual communications. Though after many years in the corporate world, she knew she craved more creativity and changed her path to the floral industry to fulfill her passion.
‍
Nature has always been Mary’s inspiration both in her watercolors and her life, so floral design seemed to be a natural career choice. As these things often do, this epiphany came later in life. Sometimes it takes time to figure these things out. 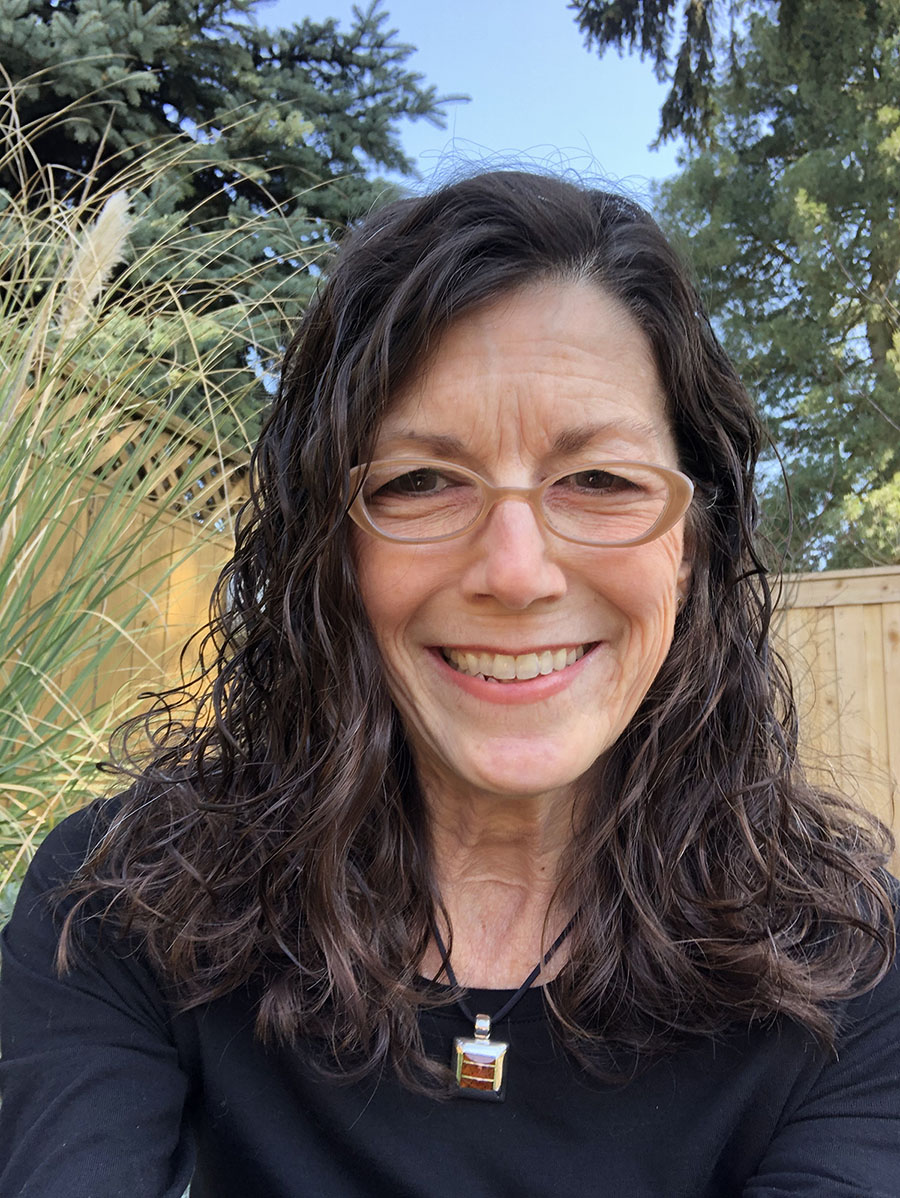 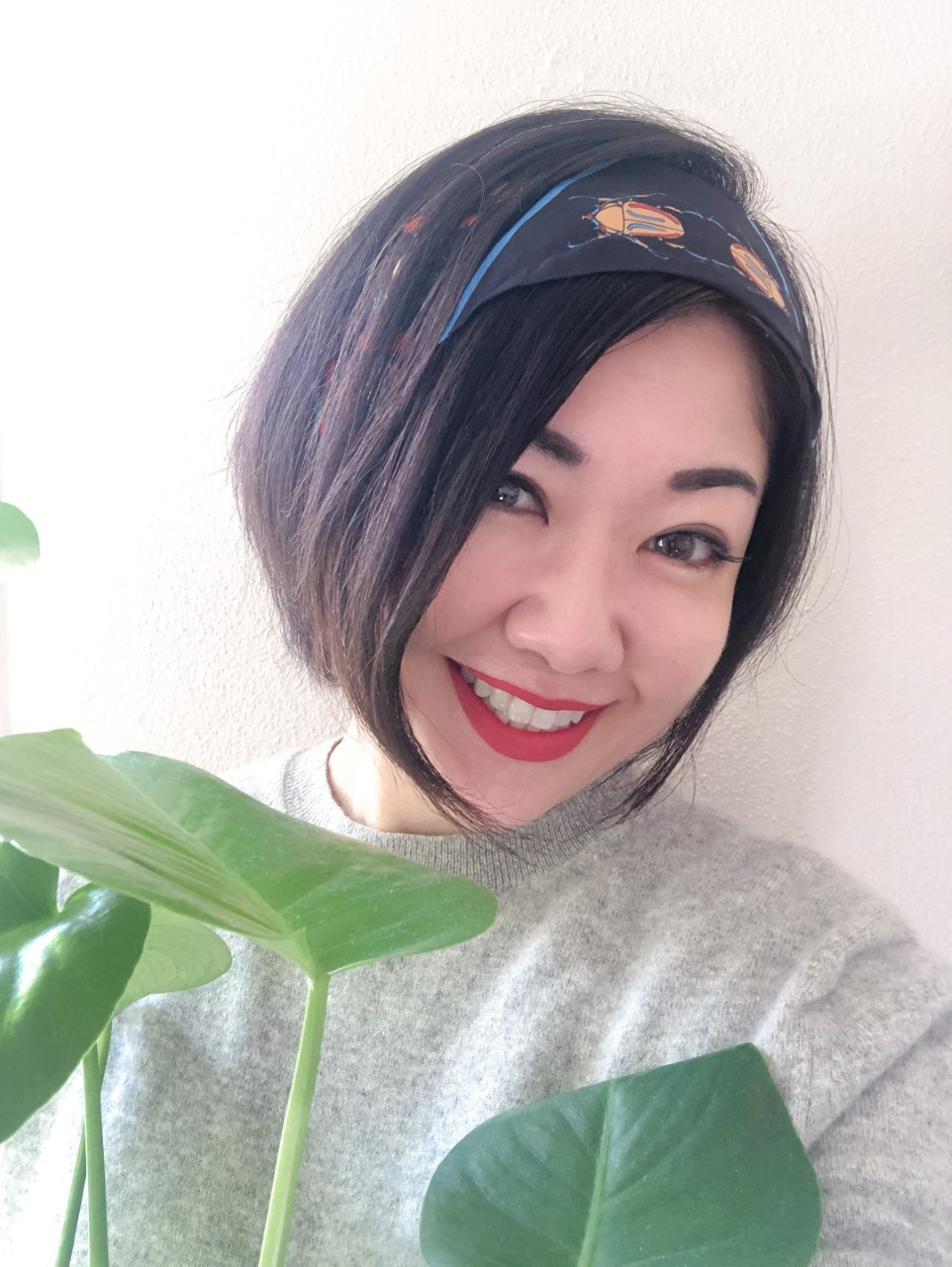 Born in Tokyo, Hitomi spent most of her childhood growing up in the countryside of Japan where she was always surrounded by nature. When it came time to move onto the next chapter of her life, it was an easy decision to reconnect with something she always loved and enjoyed.

She is a graduate of the Floral Design Institute and is super excited to be part of Team Botanica learning and doing what she loves every day!

Cristina comes to us with an eclectic and extensive background in art & design.

In 2012 she enrolled in the Floral Design Institute and has been working in the industry ever since. She loves learning about science, nature and art.

When Cristina is not working at Botanica she is tending her own small business Rootbound, where she sells watercolor botanical prints and stationery. 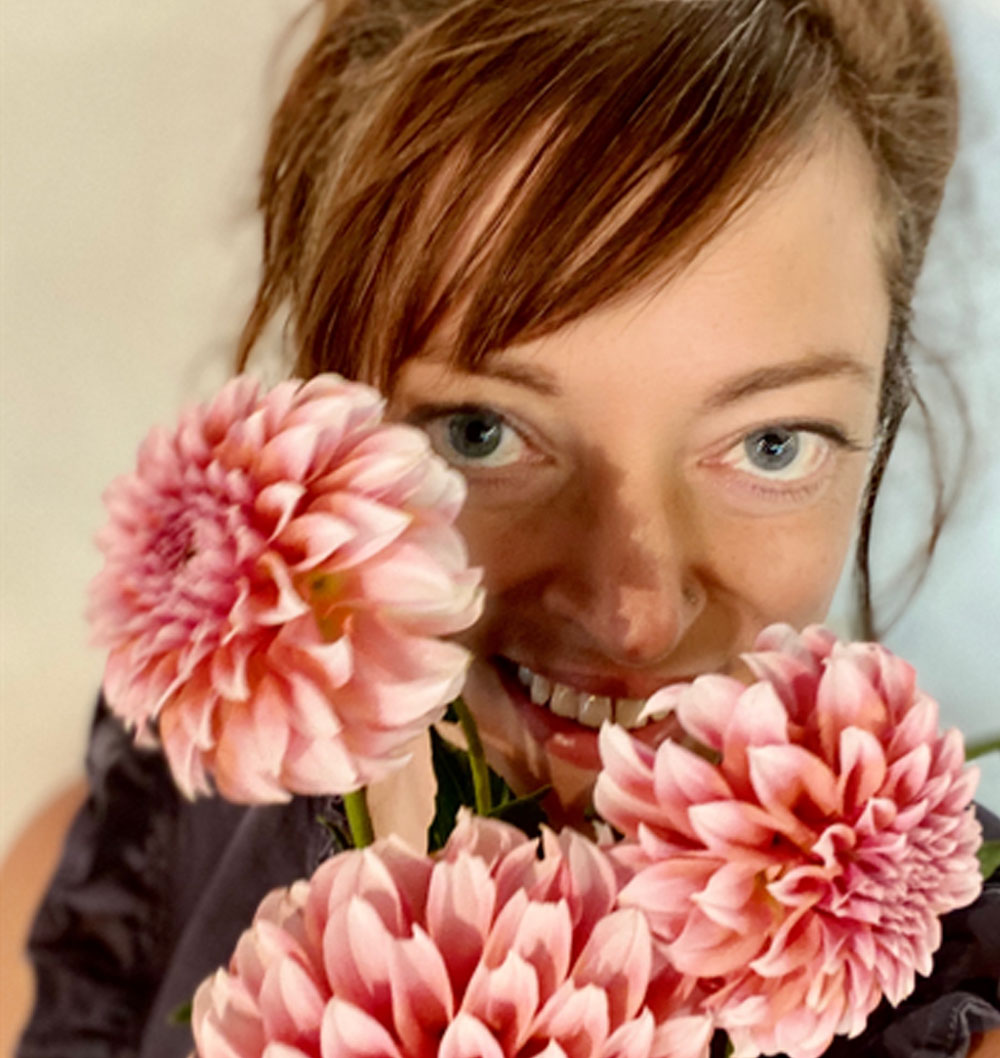